Why am I so lazy? Why do I keep delaying things? - Lady Valerie 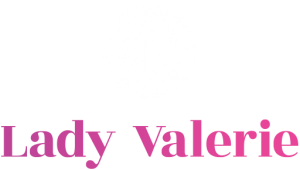 Ladies, be strong, feel beautiful and never stop believing in yourselves.

Lady Valerie – Be the best version of yourself. Be the Valerie./Blog – all posts/Article/Why am I so lazy? Why do I keep delaying things?

Why am I so lazy? Why do I keep delaying things?

You don’t want to do the dishes. You don’t want to do workout. You really want to eat that chocolate bar. But you really know, that dishes have to be done and you should workout to stay healthy and a chocolate bar – oh, my, how good it is but doesn’t do you any good really. If you’re familiar with this situations, you have probably ask yourself many times “Why am I so lazy?” This are all small things, but in reality, why don’t I want to do them and seek excuses to justify our avoidance?

The good news is that the answer to why am I so lazy doesn’t entirely put the blame on you. You are well aware that the brain is a brilliant organ. Among other super important tasks it does every second of our lives it has to protect us, so we don’t go around jumping under the buses every time we step outside or die of starvation. Within this major “jurisdiction” it also prevents us from constantly doing things that could be dangerous but in fact are not.

Every discomfort we feel can be caused by something new or something presumably dangerous. In the distant past when Neanderthals were still among us trying something new was by its default definition dangerous. Discomfort tells us that there is something going on that can threaten our existence. Its natural response is to prevent us to go through with it.

How could a caveman know if a never before seen animal he encountered will want to attack him or not? If he wanted to know he had to come closer but in those days this could have been a death wish.

Today going to a job interview can be quite stressful. You do not know anyone and you are aware that you really have to do your best and create the best possible impression. Besides, your future is on the line, right? Of course your really don’t want to go to the interview. Since you don’t know what will happen there and also people will be evaluating you. No one wants to hear that he or she is not good enough for the job. Hearing that you are not good enough your brain equals to danger and therefore of course wants you to avoid it.

Your brain is saving on energy, being lazy is just the by-product

You might stop asking yourself the why am i so lazy question, because in truth your brain is the one who is in truth lazy. Well, of course your brain is the part of you and therefore is you but you might have to give it a slack. As you are well aware it is just about every process that goes on in your body the brain is taking care of or at least monitoring it. Besides this and being defensive the brain has the job of taking care of your “energy budget”. It is one of its major tasks to take care you don’t run out of energy. That would be suicide, right?

The brain would therefore prefer if you were just lying down and do nothing for the day. In truth it is not really lazy, but it tends to make you lazy. But why? So it can save on energy and avoid you marching in to a danger zone every time you leave your bed. If you do not think and do not work you save a lot of energy, which you need in times of crisis. Remember that only in the past couple of decades the hunger doesn’t pose a serious threat to the people of modern world. Therefore all the extra fat you store and energy you save are really bonus points for the brain and the answer to why am I so lazy simply lays in perseverance of energy for the time of the crisis.

I just don’t wanna do… Why am I so lazy?

If there’s no good reason for being lazy like we talked about – the self-perseverance or saving energy but you just don’t want to do it. Period. And so the question why am I so lazy remains unanswered. This is the most ridiculous one. You are being lazy for no good reason. Get your act together and stop acting like a spoiled kid. Besides, is it really worth of procrastinating and avoiding it and even filling bad about it? Do it and move forward to more pleasant things! It will only take you a few minutes or hours…

The next time you will be wondering “Why am I so lazy” and run into “I don’t wanna…” remember that there is a good chance your brain is causing this and that you need to overcome it’s protectiveness to do your tasks.

If you set out to do something, there’s a good reason behind it, right? So just do the task and don’t always listen to your overprotecting and sometimes lazy brain who loves to make excuses.

For the very end, you have to be a bit lazy sometimes. Robert A. Heinlein said Progress isn’t made by early risers. It’s made by lazy men trying to find easier ways to do something. He’s right, right? 😉

Article, Be free, The truth
lazy

We'd love to recieve a donation!

We are working hard to come up with content that will keep you motivated to do what you have always wanted to do and become who you always dreamed to be. How about a little help in return? :)

This site uses Akismet to reduce spam. Learn how your comment data is processed.

Live the way you want, do what you love and never stop believing in yourself!

Most popular in our store

This website uses cookies to improve your experience. We'll assume you're ok with this, but you can opt-out if you wish. You can read more about cookies here: Read More Accept Delete Cookies
24shares